How to play Poker

Poker is the number one gambling game in the world. For those who don’t know, Poker is one of the games that rose to popularity a few decades ago and has its roots in multiple card games from different regions around the world and seeded on the shores of America. It is known that the games borrowed elements from multiple traditional games, but we don’t know for sure where it all started. 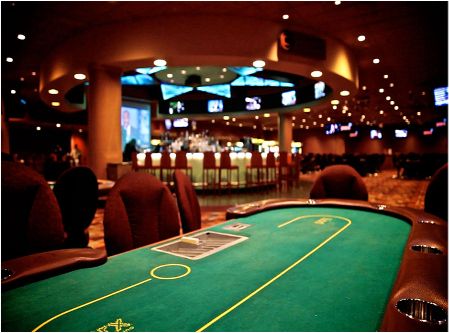 More precisely the game of Poker has traces of As-Nas which is a 5 card game played mostly in Persia. Also there is believed that a French game with cards that is similar to Poker called Poque, influenced those who played the game in the early days. Besides that, the actual name of „Poker” it’s very likely to have its roots in „Poca” an Irish card game. The game of Poker or at least a version of it, was traced back in 1800 in America. On the shores of the Mississippi River. Those who lived there participated in a game of Poker that had 52 cards also a version with 20 cards was popular but it only had two players that participated at the table.

There were reports of Poker (with 20 cards and 4 players) played in 1829 where the first evidence of betting aroused. In other card games that are similar to Poker, there is no such thing as betting, so this is why there are some skeptics in terms of the sport’s origins.

As of now there are numerous ways you can enjoy a game of poker, just to name a few: on your mobile device, on your computer and in casinos around you. This flexibility that we have nowadays allows the player that wants to have a little bit of fun to enjoy a game of poker basically everywhere. The „revolution„ of online gambling started around the year 2000 when the internet started to pick traction. In a very short time online betting websites started to appear and presented Poker as an option. This move revolutionized gambling forever.

In terms of the gameplay Online Poker vs Real Life Poker it’s not different. The only major difference between the two is the fact that the online platform gives you a somewhat non-personal experience, which is considered by some boring or not attractive. Now it really depends on you and what you enjoy in terms of gambling: a personal or a non-personal endeavor. Now that i introduced you to the game of Poker, one question is present: how to play poker?

There are a fair number of individuals that don’t know how to play Poker and i hope you are one of them. In this article i will explain to you the basics of Poker so you could understand the gaming mechanics, after which you will be able to play casually with your friends or even online. If you don’t understand all of the aspect regarding the game feels free to leave a comment down below. Also you must understand that with time you will get better and better at the game. All you need is practice and a little bit of patience at the start. There are a few different types of Poker, but i will explain to you the most popular one in the world called Texas Hold’Em.

Texas Hold’Em: How to play Poker?

Texas Hold’Em is a variation of Poker that is based on making top ranking pair of cards. The player that has the most valuable pair wins the game. You must match your cards in the hand with those on the table, that’s how you make pairs. The main card pairs are (higher to lower): Royal flush, Straight flush, Four of a kind, Full house, Flush, Straight, Three of a kind, Two pair, Pair, High card.

In the game there are 54 cards that are randomized by a dealer. Each player will get a set of two cards and a certain amount of chips. The chips are different colors and they represent different values (money or points if you are playing with friends)

From the left side of the dealer, the next two players had to bet one chip and respectively two chips. Those two are known as the small blind and the big blind. The big blind is the minimum amount of chips that a player is allowed to put on the table.

The player next to big blind (under the gun) has the option to check, go all in or raise the bid at least double than the big blind. Also the option to fold the cards and exit the round is possible, without losing any more chips. Then is the next player’s move and so on until the turn is finished. The first complete rotation of actions from players is called the pre-flop

Next the dealer will lay on the table 3 cards. Now the remaining players have to make the decisive action on the hand. The player next to the dealer has the option to check, giving their move to the player next to him, call to match the previous bet amount, fold or go all in.

After this round is completed then the dealer will put on the table one more card known as the turn, then the players have to decide if they want to continue the hand or not, leading us to the next and final hand. The dealer will put one last card on the table (also called as the river) now the final showdown takes place. In terms of the betting procedure is all the same.

When the round is completed the remaining players will flip their cards and the winner will be determined. One each rounded the winnings are collected on the table and the rightful players will collect them, adding to the total amount of chips that they have. This cyclic rotation will go one until one single player will remain on the table. In large this is the game of Texas Hold’em.

With time and practice you will become more aware of the rules and play at a very rapid pace. Don’t stress out if you get confused at first, just try to see again the rules. It is normal that for a few rounds you will not be that proficient, but it just takes practice. Also feel free to ask in the comments section below any questions that you might have regarding Poker and will make sure to answer them in a timely matter.